So UGSPlatform does not support tool changes… OK. I’ve been using Fusion 360 because I can do everything except send G-Code to the longmill right from within 360 …
What it lets me do is either process the g-code for all my operations into one file, ~or~ export each operation individually (great!) What it does do though is throw a tool change command into the g-code anyway - so far I’ve been just commenting that out or deleting it. If you don’t the longmill will just stop, UGS will throw a warning - that you can just ignore.

I was wondering if you can basically trick UGS into a tool change, i.e. manually add some code (replacing the fusion tool change command) that tells the longmill to say move to X0,Y0,Z1 (or some arbitrary position) and both:

Here’s a link to a post I made about changing the F360 post-processor to make it compatible with UGS. It’s a simple replacement of the .cps file in Fusion. Fusion 360 Post Processor Issue

In UGS, go to Options-UGS-Controller Options, and you can add lines of code such as starting/stopping the router, etc. Haven’t doen it but have seem YouTube vids.

When you are generating code for the Longmill what post-processor are you selecting? I saw Carbide 3d so I was playing with that first. I was not sure what to select to send straight to GRBL - In fact when I googled it I saw some info on people who had re-write the g-code generator for GRBL / Fusion.

Nope - zero issues using the vanilla grbl vendor … other than the T & M commands - which I have also discovered that you can suppress in F360 so that you no longer have to edit the gcode after the fact.
The one thing it does do at the end of each operation though is return to zero which isn’t the same zero as the setup … ~ I think ~ it might be trying to return to a machine zero (absolute) … dunno … have not had much time to tinker with it.

You are right, it is trying to go to machine zero. I got it to stop doing that by turning off “G28 Safe Retracts” in post processing. It is an option in the bottom right corner of the post processor menu. 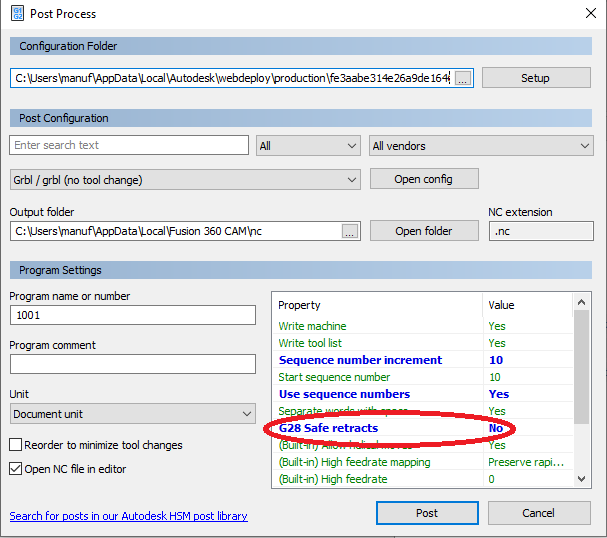 Yes, I have been using the “Create NC Program” option rather that the “Post Process” it gives you the same ability to remove the retracts and tool settings with the added benefit of being able to combine tool paths using the same tools …

So, just wanted to clarify something - when you disable G28 safe retracts, that will also remove the retract at the beginning when the machine moves from home to the start of the first tool path, won’t it?

References to removing G28 state you need to add in a replacement retract line in its place.

I have not actually removed the retracts - just the tool change commands … it just so happens that it goes to a spot that is convenient for a tool change.

That being said, I have been tinkering with the machine profiles in F360 and have created a Sienci LongMill … so I am thinking that there must be some sort of relationship where I can tell it where it should be retracting to…

I know very little about G-code for CNC, but I found this - maybe this will help as well? 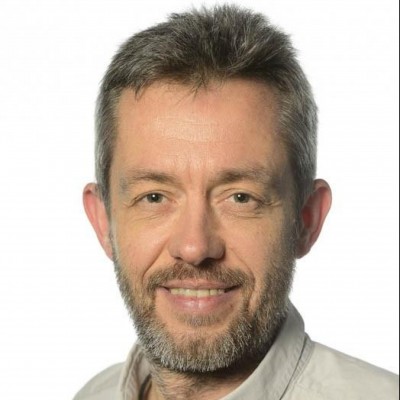 That gent wrote a new GRBL Post processor, might be a better place to start, but I don’t know.

I was actually going to give the Carbide 3D post a gp - The G-code from Carbide Create works just fine on the Longmill.

I prefer to keep the G28 setting turned off so the Longmill doesn’t shoot of in a strange direction when I start. I prefer to put the cutter in a safe location of my choosing before I start a program (one inch above my work piece). When the program runs it goes from my starting location to its first cut.