Has anyone used Fiverr or similar sites?

I’m wanting to find someone who can recreate some carvings and drawings from pictures as a 3d model. Maybe even add a touch of their own style to it as I get bored with mine sometimes. Was wondering how anyone’s experience went with hiring a freelance digital artist. Was it a long process, expensive, worth it…? Is there anyone in particular that you’d recommend? Or someplace better than Fiverr.

Hi Swinly,
I personally have not used Fiverr for procuring a 3d model. I hired a guy on Fiverr once to make a caricature of my buddy and his wife as a gift, but that’s it.
I could try creating a 3d model from your images if you want. I’ve messed around with 3d modelling a little bit and would like to get better at it. Having a project to work on make the learning more fun:)
There would be no charge and i can’t guarantee you would have anything usable when I’m done, but I’d be happy to have a go at it.
You would be wise to continue looking for someone that has some skill in this area in the meantime:)

That would be awesome and I understand that you will be learning/practicing with it. I’ll put a picture on dropbox or google drive and post a link later when I get back in the shop.

In blender I sculpted a model that looked kinda human, but having it look like a specific person is next level! If the link to the picture is posted I may give it a go as well. I know how it’s supposed to work, making the model and mapping the texture to the U V coordinates, just not sure if I can pull it off.

EDIT: I guess for cnc purposes you don’t need to map the image onto the model, I’m used to trying to make video game assets where you would need to map the image. I think that makes it even more important to have a good model as it has to look like the person without the aid of colors. 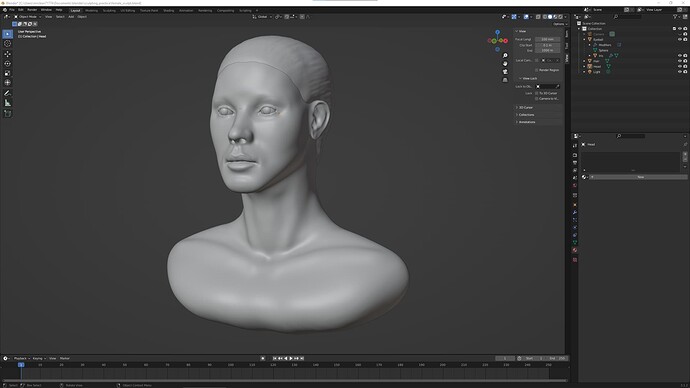 I thought I had a higher-quality image of it. I’ll have to look on my other hard drives. It is a bear with a Nordic theme both in the fur with weave-like features and the robe/shaw he is wearing. The nose and eyes got a little jacked up and might need adjusting. Artistic freedom is diffidently allowed to any digital modeler. 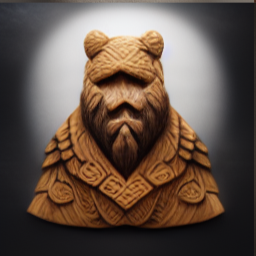 I don’t know anything about digital sculpting/modeling. Is this workable? * Or is it too funky? And thanks to anyone who gives it a go.

*Edit: The more I look at it the more I start thinking it may not have come across as I thought.

That’s a cool image! Like a Nordic bear man. I have some spare time so I’ll give it a go. I don’t know how good I can do, it’s been years. Hey it gives me an excuse to dust off the drawing pad anyway. As far as being too funky, I think not! Look at the crazy stuff they make for video games, almost anything can be modeled imho. That said I am not a professional, just another hobby for me, but I find the image interesting so that helps. I’ll see what I can do this week.

@KootenayWoodcraft I’m not trying to steal your thunder, and I hope you can make a model too. It could be neat to see a couple takes on the bear man!

I’m really glad you posted this publicly in the forum as I feel it is way outside of my ability!!

For some reason, I thought the item you wanted modelled was going to be more geometric and less organic, (although it is probably just circles, triangles and squares when you get right down to it:) )

I see that some other members have stepped up and offered to give it a try so at least my post may have got the ball rolling:)

I still may give it a shot though. I watched a couple of “Blender” tutorials yesterday and might install the software today, (I think its free!!).

I was going to use my Vectric Aspire software but Blender looks like its far superior for modeling, (there’s more tutorials anyways).

Thanks Michael:) no thunder here. The sound you hear may be clapping from Lonnie that someone as skilled as you has stepped in to help him!!

Blender is free and very capable. You should definitely download and try it. Make sure to watch newer videos, there are lots of them, because they changed the interface a year or two ago. The new interface seems much more approachable to me.

Blender has a lot of things you can do, so just concentrate on learning the part of it that interests you most at first imho.

Here is a little video I made using blender. The video is of a concrete slab that I poured for/with my step dad. One spring I took a video of it and superinposed a crack in it using Blender. It was good enough to fool him into thinking the slab really cracked!

Wow!!
Definitely looks like a crack alright:)
I’m pretty well versed in Photoshop and can make some pretty realistic renderings, but video??!! That’s next level stuff.
I can’t imagine the process for creating something like that.
I’ve downloaded and installed Blender so the new journey begins:) Thanks Michael