The next big idea

It may not be the next million dollar idea, but its gotta be worth at least a couple hundred.

Imagine a CNC carried to the extreme. Like, 20 x 20 feet. Now, you’re thinking there will be no rigidity in the X axis, but wait, there’s more! Instead of mounting this monster on a bench, picture it hanging from a ceiling. Now the Y axis has as many rails as needed. Instead of a spindle, the carriage has an LED array. Instead of using CAM toolpaths, it uses simple one touch commands to fast move to preset locations. Say you’re at the lathe. Press the light button, and the LED array moves to be overhead. You move from the lathe to the drill press. Press the light button there and the array follows you. Program as many presets as you need and you have a spotlight that effectively follows you around the shop!

What do you think? 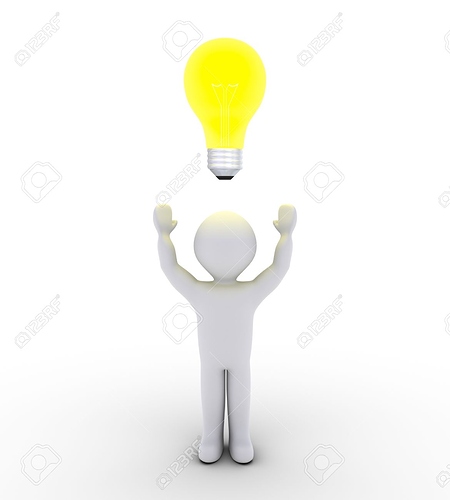 I’ll say I just ended up buying those long tube LED fixtures from Costco for 20 bucks each and putting them up in my barn. Lit up bright as day. Hung some over the lathe and work benches so you can see we’ll there for delicate work.

There are actually really large format 3D printers that are anchored with three ropes or string and just wind up and down . Pretty neat.

Or you could just say, “Alexa, turn on the Drill Press Light, etc.” Just saying.