Been having a lot of fun on my vacation messing with the new laser! Made a few projects and still trying to dial in things, but they are coming along nicely! This should add another layer of ability to the projects I already do and should hopefully help my little business offer more items! 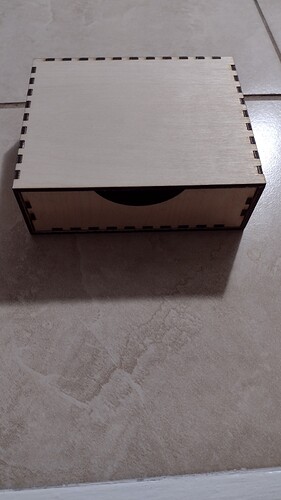 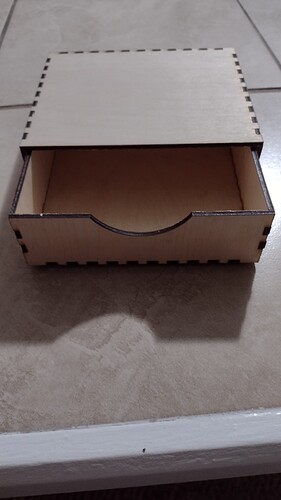 One question on glass etching, some areas of the etch are uneven. What could cause this? My settings were 30mm/sec at 100% power. Sprayed with matte black Krylon. Might try dialing the speed down to 25.4%. But for a first etching…Not to shabby. 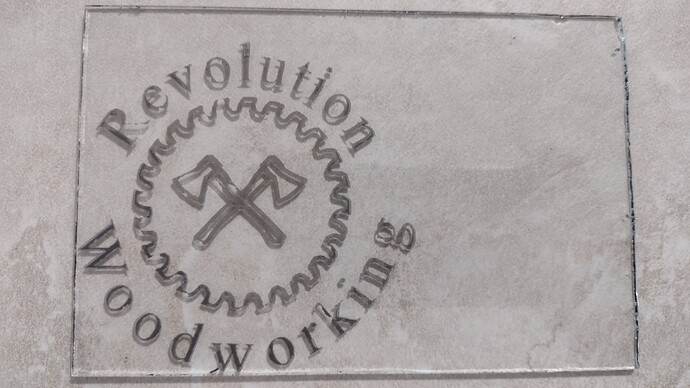 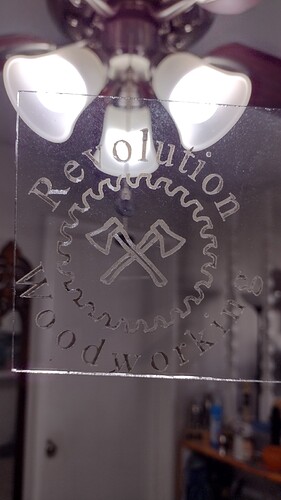 Edward, did you use the laser to cut the dovetails on the plywood box and drawer? If so, how thick was the plywood, and were you able to cut through it in one pass? Finally, what laser did you purchase?

The reason I’m asking these questions, is because I am considering buying a laser for my MK1 30X30 unit.

Thanks for sharing your work with us.

Marty from Kingston, ON, Canada

Nice to see so e cuttings from the laser module.

I have only fired up the laser for a few experiments. This week will be the first I will be focussed on working with and on the longmill. Before, it was an hour here and a minute there, tops.

So I lasered some eggs, because that was my first whatabout my brain came up with. It went surprisingly well, and she wants loads off them, themed year round.

I did the logo of my girl’s shop on a piece of scrap pine with what felt like conservative settings, and it came out like this after just 2 hours. 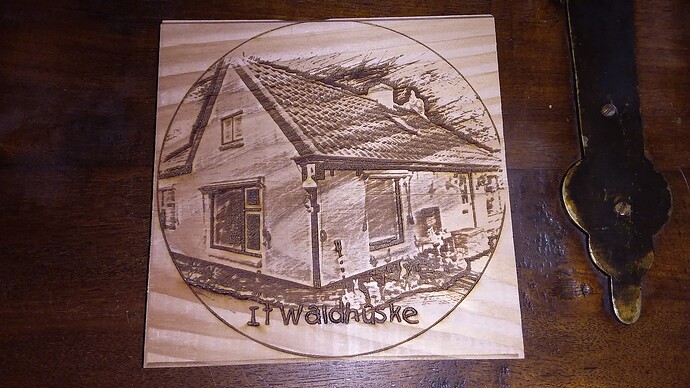 Over the moon, I am.

If I had to guess, those are not dovetails but rather finger or box joints. Here are some projects that I have done with a 5.5 peak wattage SainSmart laser. My laser is small and it always takes me multiple passes, like 5-7 for these projects. 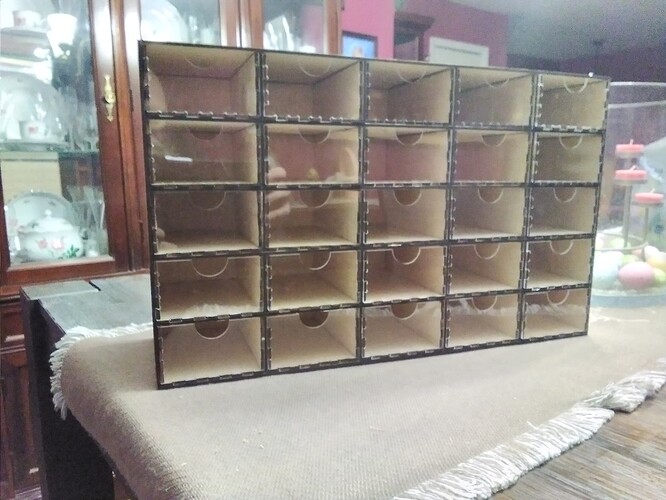 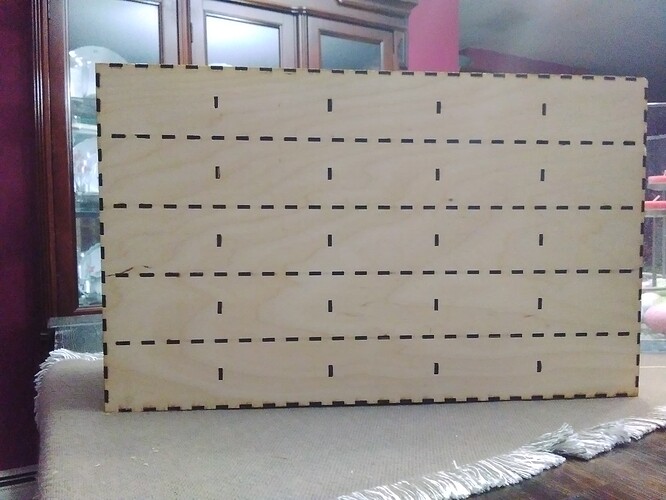 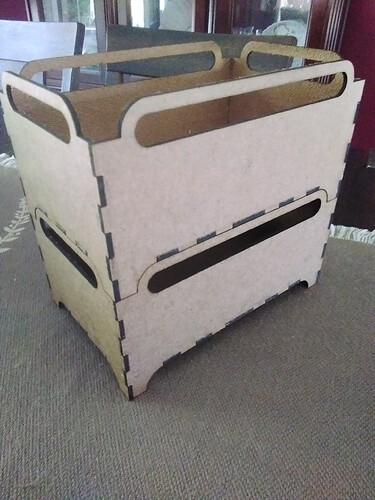 Besides making a project all with the laser I have found it to be a useful addition to my router projects. 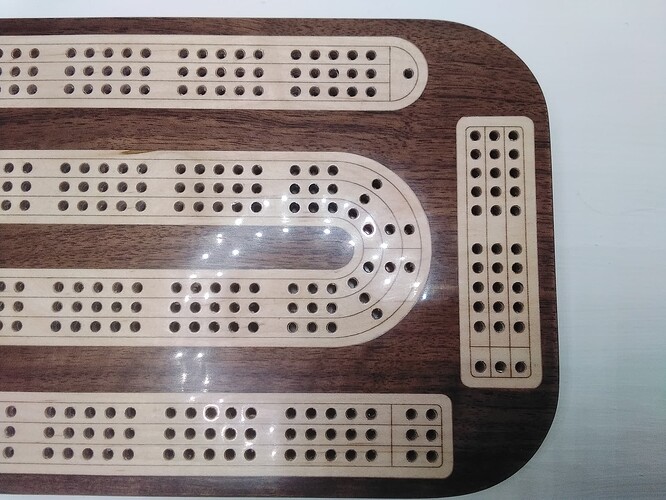 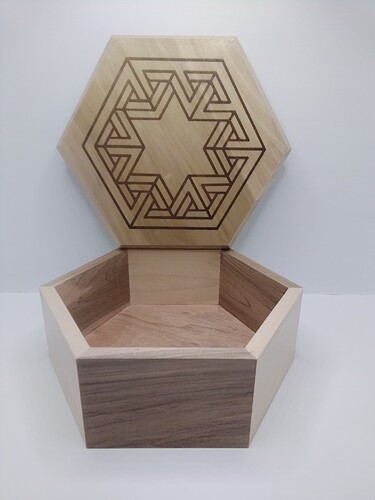 Not who you asked but I thought I would throw this out there for you.

These were finger joints on 3mm birch. It was 6-7 passes. This is more of an engraving laser than cutting laser. There is an “air assist” but not in the traditional sense of what laser machines normally use. So cutting with this laser, as stated by Sienci, isn’t practical for big projects.

@EdwardS , very nice, gets me thing of jumping in the laser water.