So, as a first project, I decided to take on a needlessly complicated torsion box as a foundation for my 30x30 LongMill MK2 (beta). Was a great project to put the machine through its paces and sorting out workflow. 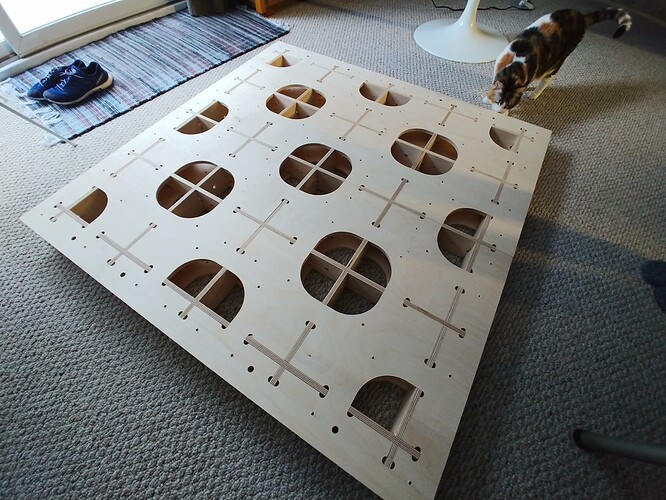 Looks good. I wish I had stuck with a torsion box design but at the last minute I cheapened out. It was not a good decision.

I’m really impressed with you tackling such a complicated design for your first project (I’ll probably do something simple like making a sign!).

I, too made a torsion box, but mine was made while I was waiting for my Longmill to arrive.

It’s pretty obvious that you’re familiar with CAD software… which is something entirely new to me. I’m going to download the trial version of Vectric V-Carve Pro just to see how it will work, and if it does, than I’ll go ahead and purchase it. What software are you using?

I guess I did jump right in with my first project, but it was a great way to see just how far I could take things off the top. I still have some learning to do, but I’m happy with the foundation (both the torsion box, and my introduction to the machine and CNC) it gave me.

I had been using Fusion 360 to lay out a plan for our new kitchen - since I was already (somewhat) familiar with it, I decided to take it deeper. I had already used SketchUp extensively, but moved on from it when they changed the licensing.

I know I have been doing some things the wrong way (as I get deeper into its functionality, and learn more about how to use it, I see the easier and better ways to use it) but it has managed to do the job so far. I wouldn’t say I’m completely familiar with CAD, more that I’m stubborn and familiar with software.

To some extent, I also thought that a great way to learn was to dive right in… definitely was the case for me, when it comes to setups, work holding, repeatability, tiling, and mating parts.

Pictured below is the set of toolpaths for one top piece, both tiles shown. I have pictures of the actual cutting as well, but I can only post one image per message. 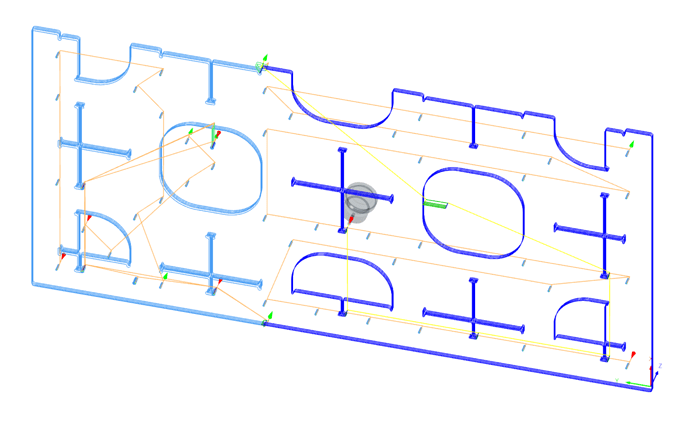 Would you be willing to share you file? It is a neat design for a torsion box.

@drounds67 sure - I will need to clean it up just a bit (it has a few extra experiments in it) and also write up a bit of a description of some of the mistakes I made. I will post it in this thread, probably some time this weekend.

Cutting tile 2 of a set of 3 beams (I had the 5x5 plywood rough cut at the lumber yard to fit in my car and the machine): 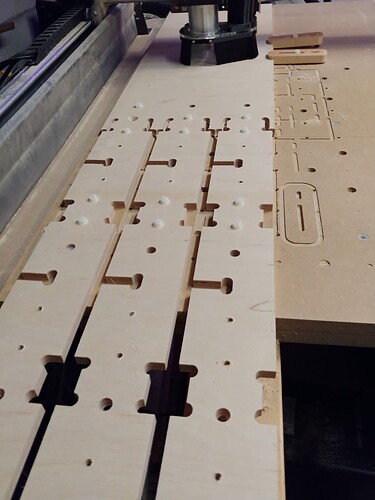 The pieces taking shape (didn’t have everything cut yet): 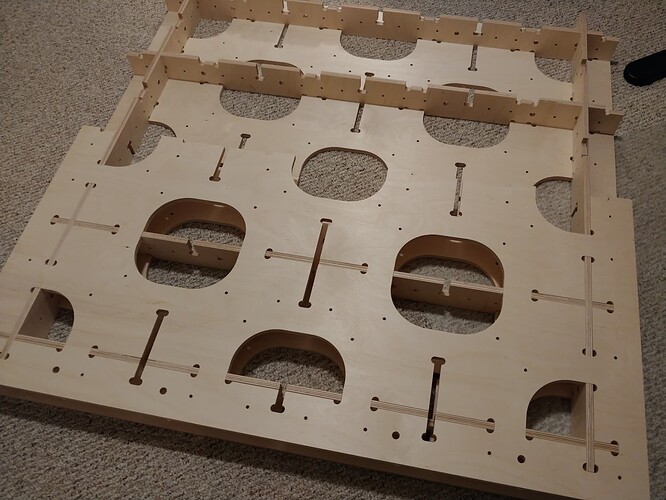 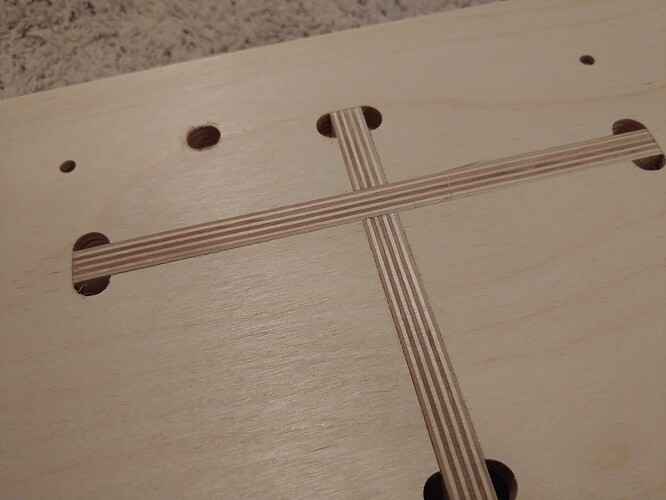 OK so I can’t post the file since it is too big, but I can make it available online with a shared link: link to AutoDesk share

One caveat - be aware, I was learning, and there may be methods used in the design that are less than ideal.

I then moved the work piece down by 16 inches, aligned using nylon pegs in the larger registration holes, fastened to the waste board using hold down holes, and cut the second tile.

I cut the first six beams in sets of three, the final four individually, as they were cut from the leftovers from cutting the top and bottom tiles.