Getting ugs to accept and load a g code file

Alright guys, designed a simple v carve sign to practice all these new found skills. generated tool paths. ran a simulation run, and saved the results from that. opened UGS connected and probed zero. went to open and load the file., and i get the file listed in the bottom edge of ugs screen, and just to the right in a seperate box i get a message saying no file loaded. what am i missing.

@lonnie - Just in case did you use GRBL Inch or MM for your post processor? One of those? And would highly recommend using gSender instead of UGS.

grbl inch. kinda worked myself thru that issue. but when i run the file in ugs it puts the file into a “hold”, situation and sends a error message of motion command target is invalid.

being a new build right out of beta , is g sender more reliable and more user friendly than UGS.I am just starting to get my one available brain cell around UGS, and kinda shudder at having to take on another learning curve. lol

@lonnie - It has been fully released, ver 6.4. Not to say it doesn’t have any issues but Sienci has released it to the general public. That tells me it’s pretty stable and a lot of longmill users have switched to it already, including me. Your choice of course.

@lonnie Lonnie:What did the run the simulation run in? Post the gcode if you like and we can take a look at it. What version of UGS are you running?

heyward, first off sorry about starting this conversation then disappearing on ya. short notice call into a job site, just got home now. As for g sender it wont hurt to go take a gander at it. and compare the two. I’ll get on that in the morning .i tried two differant practice files same results. its gotta be something i’m doing. Just cant narrow it done.

grant. it ran in carveco maker. didnt seam to have any issues. end results looked good. so i imported it into usg and set the machine up to run. mill went from "0,0 to about center of material and then froze and sent the file into “hold”. with the above error message.
I’m running ugs version 2.0.7 dec 29 2020. can i look at posting that g code in the morning.kinda been along evening for this old boot and i can hear a bed calling me.

@lonnie Some CAM programs put lines into the gcode that cause UGS to blip. We can likely find if that is the case here by looking at the code.

Why did you move to UGS, Lonnie; If it was working in Carveco? Just curious.

If you are looking for something other than Carveco for your gcode sender, I can highly recommend Sienci’s gsender.

grant, it was my understanding that i use carveco maker to generate designs and g code then export those gcodes to UGS to run the code. Am i mistaken? you might have already guessed i am so new at this cnc thing,( and i have a rudimenturie grasp of computers).too boot. you and heyward43 have been my shineing light and go too people. I am slowly and methodically working thru the fog that this whole thing has created. If i am complicating this procedure please clearify what i should be doing and please be patient. there are days when i get impressed just turning on the computer.

@lonnie Thanks for the kind words, but this time, I failed you miserably.

So, you are not mistaken at all. You create your toolpaths in carveco, then send them to UGS, gsender, or whatever sender you use.

None of this verbiage solves your problem, though, so let’s see what we can do about that. Post your gcode when you get time. Also, what post processor are you using in carveco?

ok good to know im not totally out in left field .lol. I Will work on posting that code just as quik as i can. maybe tommorrow. as for post processor with in carveco maker, I’m using GRBL mm.

Machining time estimates based on a rapid feedrate
of 0.000 mm/sec and a time scaling factor of 4.00

@lonnie Lonnie: That’s not gcode. They look like the parameters that are set up in Carveco. From this video 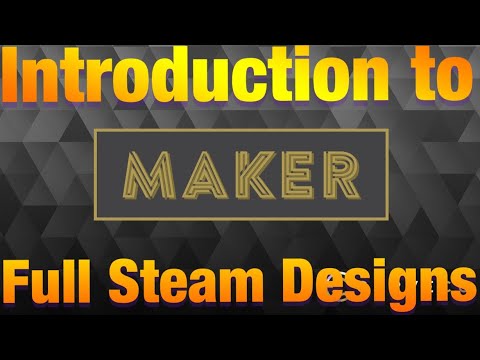 I understand that Carveco saves the toolpath/gcode as a .nc file. That is the file that I would like to see. That is the one that UGS or gsender needs to do the actual cutting.

uhm little bit late now but, there has got to be a easier way for me to post this code?