Busy times at Sienci - we have a few exciting projects on the go on the software side of things. We’ve put some time over the last week in fixing some recurring issues/feedback in gSender and have a new build available for you. We also have added support for a few upcoming new offerings from the company itself, such as the MK2 with new machine profiles and firmware images, and a soon-to-be released novel probe touchplate. We’re also slowly adding more and more laser-specific features to improve the workflow of anyone with the new laser module.

As always, we all appreciate the continued feedback and growing community here! 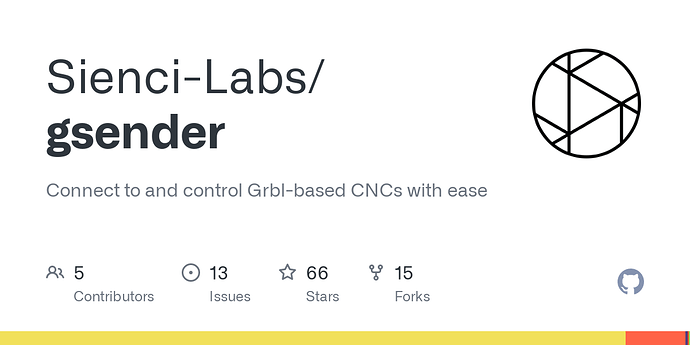 still having pause bug after tool change code executes. program will resume, run for a second or two then pause. happens after every tool change. im able to resume with no problems. its just an annoyance. besides that the program is looking great and i think im ready to retire bCNC for GSENDER full time.

This current discussion has made me skip 1.0.4 . I’ll wait for the fixes.

regarding the pause “bug”:

after doing some testing this morning I’ve found a work around. If i remove the final M0 from my post code i dont get the custom message but the machine will return to the tool change position and wait for a resume. This is working fine for me.

So i’ve modified my post code to below: (this is a modified version from Neil F)