The firmware tool has a new look - settings different than the default for your selected machine profile are highlighted, you can easily look up settings by term rather than number, and machine profile is now located inside the tool instead of in preferences. We’ve also added some new machine profiles for Longmills with extension kits and some other machines. 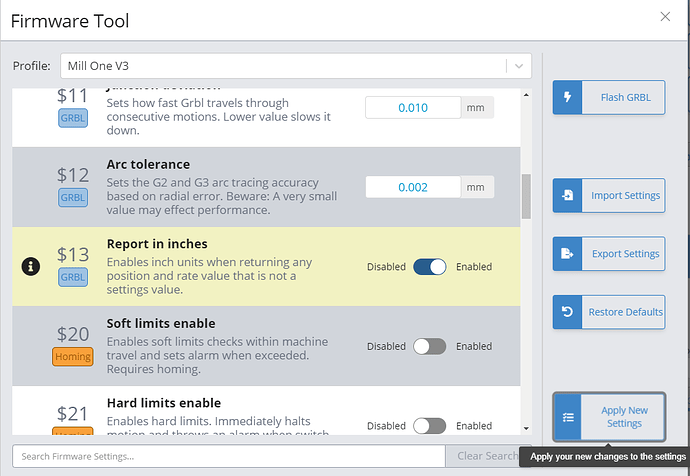 Machine profile selection has been removed from preferences entirely. The purpose of machine profiles has been gradually lessened over each release, and the only part of the program it was still informing was the firmware tool. Due to this, we’ve removed it from preferences as a selection since it’s purpose was confusing a number of users, especially when it came to machine dimensions (which were actually pulled from EEPROM). Machine profile is now selected in the firmware tool, and only handles which image to flash/settings to use as default values.

We also have a number of feature improvements, including: UI inputs also no longer default to minimum value if the user takes longer than expected to type, Test File mode now restores WCS upon completion, and continuous jogging working more consistently when $13 (report in inches) is enabled. 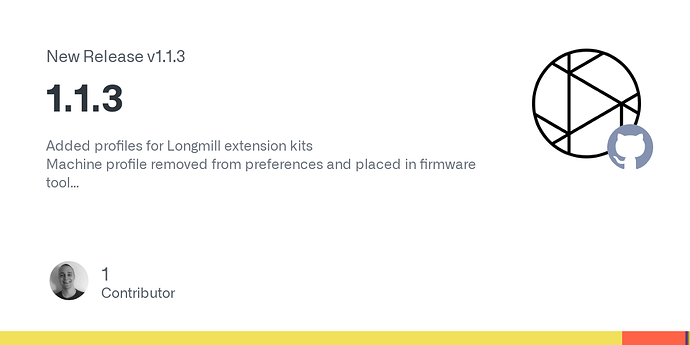 settings different than the default for your selected machine profile are highlighted,

I did not know I wanted this feature and already I wish some of my other software have it. 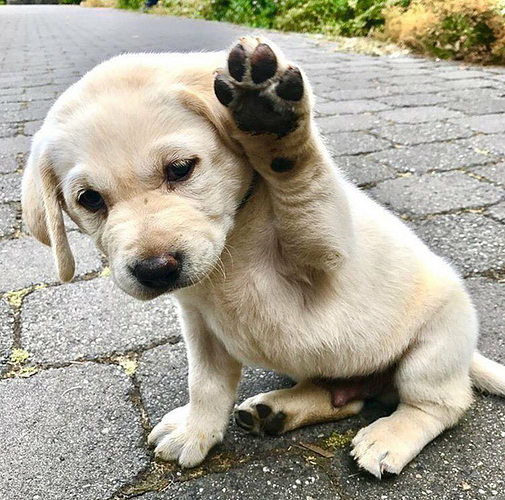 Finally. Been suffering with this since 0.7.4! Where it ever came from is beyond comprehension.

Laser Max setting cannot be changed from 100, either up or down, keeps reverting. Spindle max is not limiting the high end. Same in previous versions

I’ve had the same problem as @saskia, every time I use the spindle/laser switch is messes up the maximum and minimum spindle speed. It doesn’t seem to matter what I put in settings as it always reverts to 1 and 30,000rpm respectively.

My solution, because I have a router and not a spindle, is to always leave gSender in laser mode and just change $32 in the console when needed.

Edit: The problem seems different now, open settings, go to spindle/laser and set max laser from 255 to 1000. It says setting updated, close and reopen and it’s back to 255. The spindle numbers seem to be working now for me. I basically don’t like it when gSender changes my firmware settings without me being in the firmware section, but hey that’s just me.