Major important news to highlight is that you can have Edge and the mainline gSender installed at the same time! If you want to test out new features but don’t want to risk stability issues or your preferences getting overwritten, this should hopefully allow some middle ground.

You should see relatively frequent changes to Edge over the coming few months as we iterate on some new features and work on stability with the goal of it becoming the new major version of gSender. 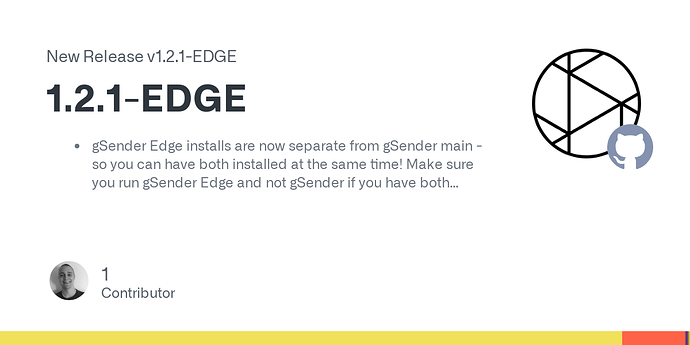 The following features aren’t in currently but will be in an upcoming Edge release - these are things we want to get into the Main Release but are still waiting on some internal testing before adding to the build. 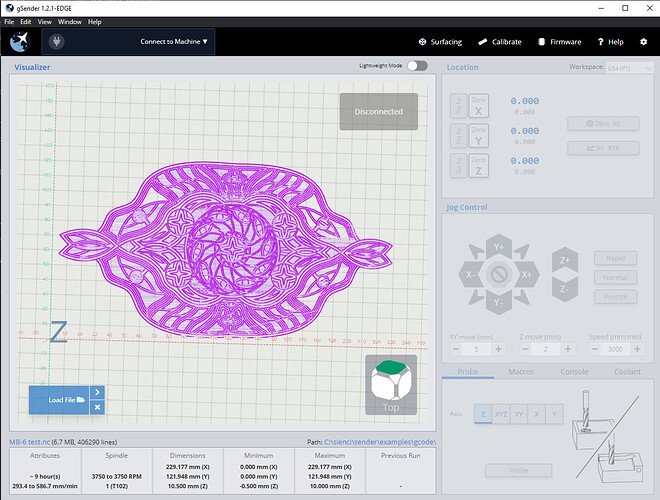 I see it works on Chrome & Edge but not in Firefox. Do you have a recommended Browser?

@webbit_NJ Do you mean the download link? I downloaded it in Firefox.

I get the GSender page on the Chrome and Edge browser(s)
when I do the same with Firefox, i get a blank page.

I Wonder if others have the same behaviour, or if Scienci has any Browser recommandations.

This is not an issue for me, just wanted to raise the point.

So the benefit of being solely an Electron app until now is that we’ve gotten to design around a single webview in Chromium. Part of the issue with allowing anyone to access the app remotely is the very wide array of browsers we have to now support.

If you can tell us which version of Firefox you’re running, we’ll take a look at what might be going wrong.

At some point before this is finished we’ll have an actual codified set of supported browsers, but we’re not quite there yet.

I just want to clarify a couple things about gSender/Edge and their purpose.

Edge isn’t a replacement for gSender in any way - it’s a way for us to test and get feedback on bigger features without exposing them to users who may not be interested. A pretty common pattern in software is to have a Nightly release that is more bleeding-edge in terms of updates/features - Edge is our analog to that.

The goal is once we’re happy with stability and usability of the new features Edge will become gSender 1.2.0. But until that point, we’ll continue to update both main gSender and Edge, as we have be doing (fairly regularly, imo) up until now.

I just want to stress that one is not the replacement for the other - we just wanted to let users who are interested in some of the new things use them earlier as they reach maturity without impacting those who don’t. One doesn’t obsolete the other.

@KGN , thanks for the reply and the clarification, greatly appreciated. As I mentioned above, I am very pleased with the 1.06 version, works great for what I need.

One thing I would like to see is a separate/specific way to adjust the “Z” feed rate while the file is running. I sometimes program the right “X and Y”, feed rates, but make poor choices for the “Z”, which can add a lot of extra time in a project.

Understood… Here are the browser versions I tested with:

The issue is related to the API we’re using for gamepads, which requires a secure context (https://) on Firefox only. It can’t access it currently so it’s throwing an error and preventing the app from loading.

This is something we were looking to do anyways, but this is another reason to

Apparently Firefox is the only browser that has this stipulation, so that’s great. 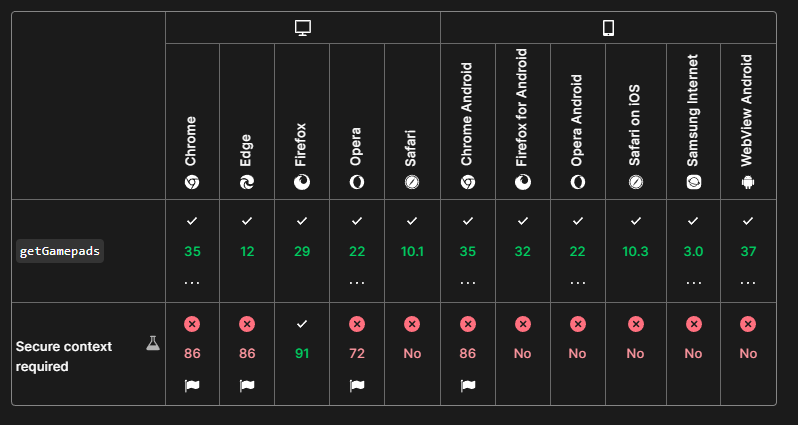 Same thing for me. I MUCH prefer using Firefox if you don’t mind.