Inductive Sensor on the Y

Finding the Y Inductive Sensor at the lower left coordinates is a problem because it’s always in the way, and I would prefer the machine home itself at the top out of the way. If this has been discussed before perhaps someone could point me in the right direction. Thank you in advance for your assistance.

Not sure if this has been discussed before but a quick look at my LongMill 30x30 MK1 leads me to believe that the mount for the inductive sensor from Sienci could be mounted to the back of the machine. You would then have to change the firmware settings to match. I mounted my sensor on the right front because I mounted my control box on the right. I had to remove the sensor from the mount and put it in backwards. Now the screws face the back of the machine instead of the front. I think you would have to do the same to mount to the back left.

Well I was curious so I moved the mount for the Y sensor the the back left. I did not move the sensor itself as I don’t want to move my wiring.

This pic shows the mount on the back left. 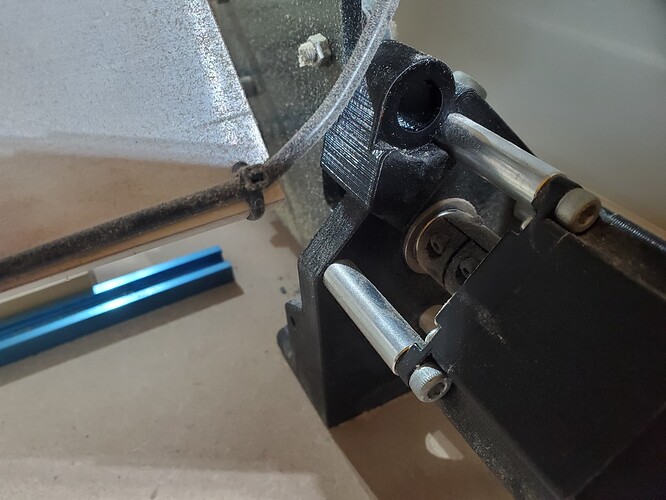 And this one is looking through the mount hole and I think it is close enough to sense the gantry. 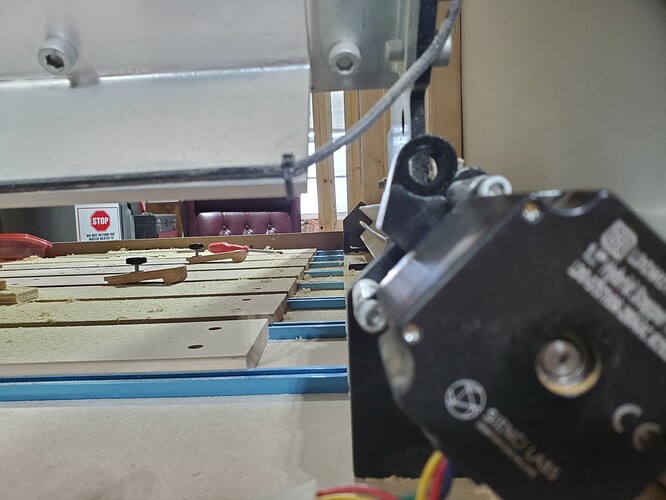 To test this setup, before I tried homing I would try moving slowly back and make sure the sensor senses the gantry plate. You probably don’t want to bash the sensor! And when I tested homing I would put the router away from the sides and ends of the machine to make sure I had time to stop in case the settings in the firmware aren’t right.

Blockquote
Note: the Y-axis sensor mount is designed so it can be used on any of the four corners of the machine. If you chose to home to a different corner than the front left corner, your Y-axis mounting will be mirrored from the images shown above or you’ll have to flip the sensor inside the mount.