Hey I’m trying off because it can be done

I will add that doing the bread was a really annoying. The texture of the bread was such that day. Bubbles caused the laser to go in and out of focus 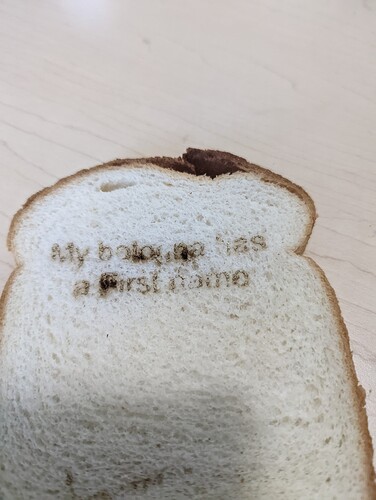 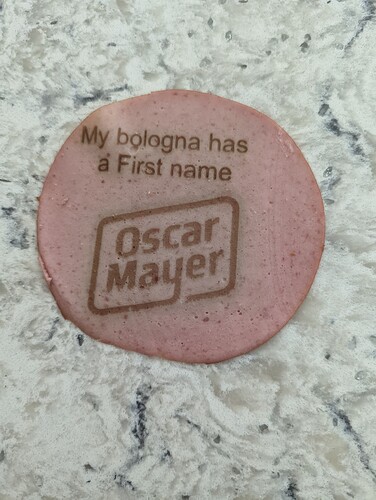 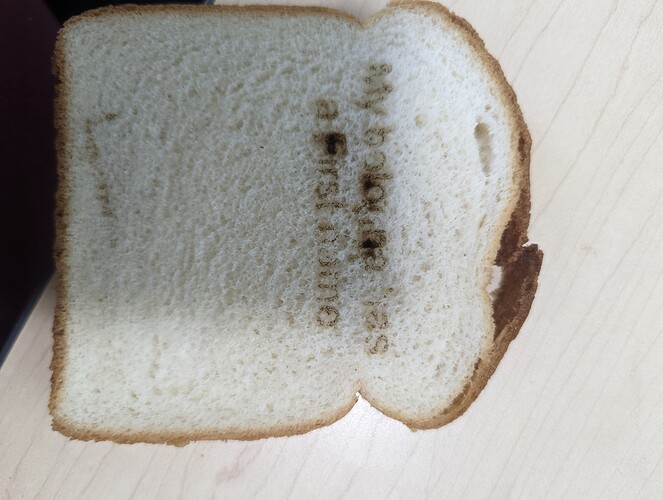 I am keeping my promise to Ikenna to do a burn on marshmallow. But, I love your bologna.

Someone should run a marshmallow contest

What did the bologna smell like in the shop? LOL Funny

The ham smell smell like the worst fingernail burning hair melting skin. All it was disgusting

No idea what I want yet but it’s whatever

I love my new toys. I recommend it to everyone

I just for posterity. I’m also going to mention that I tried laser burning on the bread

Unfortunately, because of all of the bubbles and air pockets in the bread, the laser could never really focus very well, which is why it looks like crap

But I’d like to do it with food related something

It only seems apparent once you actually do it and figure it out, but the laser doesn’t mark anything the way you expect it might

HEY!! I converted my Longmill to plasma. I bet that would cook faster. LOL

I’m hoping to get around to this week, but I want to try using my laser on a donut

I hope you ain’t going to put a glazed doughnut on a rotatory? LOL Sounds sticky ether way. LOL post it. Put it on youtube if you have an account. I post videos. They are not any good But I still post

Are you using this setup with a longmill?