I recently bought the mastercraft router bit pack largely because it looked like a great deal on sale for $79 at Canadian Tire (instead of $279).

However I struggled a bit with setup in Fusion 360 and thought it’d be helpful to post my current understanding. I wanted to route a simple rounded top cube like this: 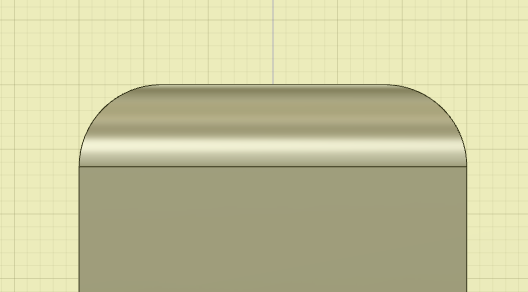 by first using a contour to outline the cube, then an adaptive clear to clear away excess material, and finally a 2d contour with the roundover bit to finish the top round over (though the adaptive clear does leave a cute step pattern where the curve should be).

The problem was that on the tool screen it looks like you can account for the non-cutting part of the bit with the “Tip Length”: 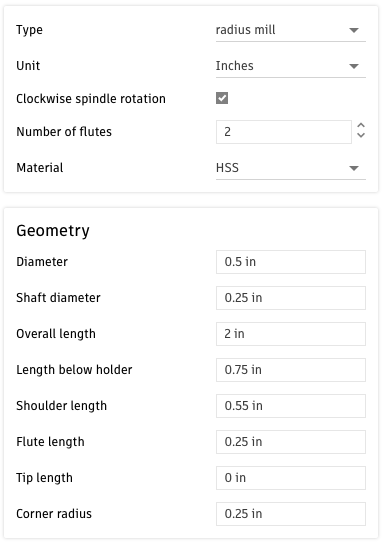 however, if you do that, the tip of the tool will trace the contour and the cutter will not contact the part. Only by pretending this part of the tool doesn’t exist could I get it to actually line up with the edge of the cube so that the cut would work out.

The other measurements corresponded well to the pictures in the UI. The problem can be seen in simulation as well as in reality, which makes it a bit easier to feel like the fix of ignoring the portion of the bit that protrudes below the cutting edge is OK. It means that you have to manually account for 0.18" of additional clearance below the bit that fusion doesn’t know you need.

Hope this helps someone else, too!