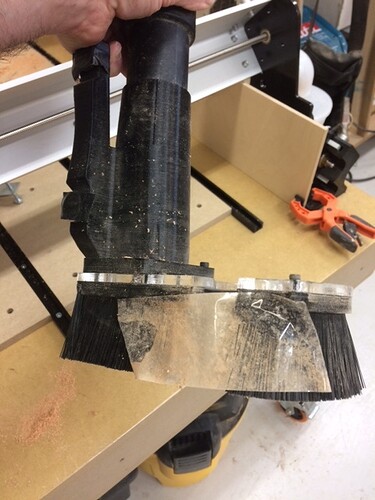 Dust collection boot taped480×640 100 KB
First off, there appeared to be too much suction loss at the opening in the back of the boot’s sweepers, so all I do is put a piece of tape across that opening after I’ve positioned the boot. Easy peasy! 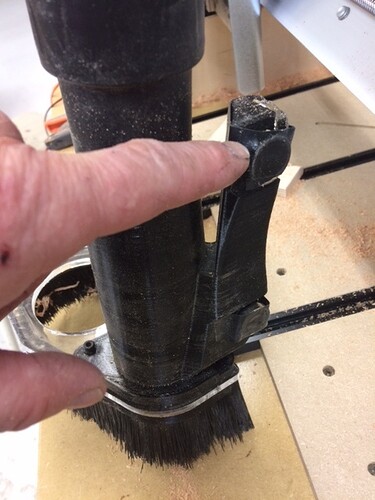 Magnets taped over480×640 93 KB
The other thing I noticed was that the boot was darned tough for me to remove, which I felt was caused by the extra-strong magnets on the boot. So I simply placed some electrician’s tape around the two sets of them. That made it much easier to remove as well as to adjust the boot, while still providing plenty of holding power to keep the boot in place while in motion.

@ApexWoodworks , I use duct tape on the opening. It works well and is flexible. It’s only stuck on one end, but when the vacuum starts it sucks the other end closed.