Some stuff I'm working on

Oculus Quest 2 Stand/Holder/Display. Kids are always leaving it on the ground or just laying on the entertainment center. Thought I’d incorporate a bit of 3D Printing and CNC into one. Will also use the laserbeam to engrave a gamer tag or something onto it.

First one is sapele w/red mahagony stain and black PLA, and second one is hickory w/early american stain and white PLA… 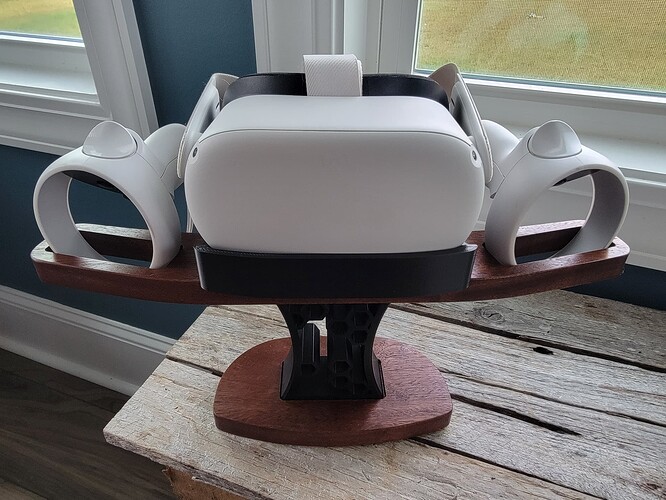 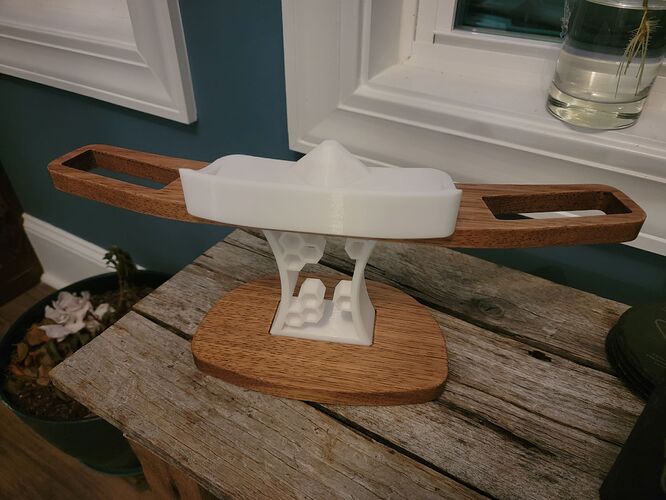 Also did some Haloween themed white tile (6x6) painted black, and machined a simple frame for them… 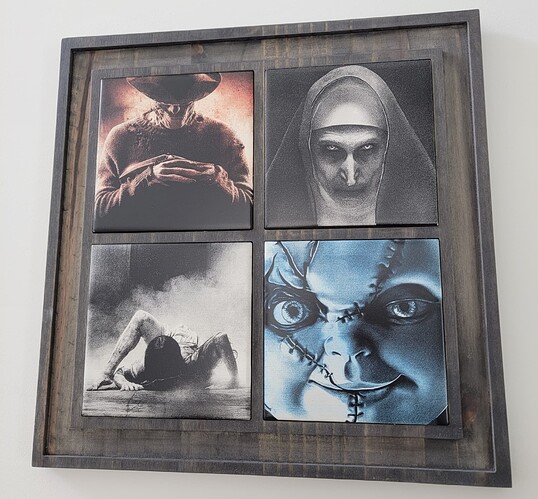 Great ideas and execution! Thanks for sharing with us.

Rally cool,
I do hop you have the screen of the Oculus Quest covered. Pointed at the windows like that, the sun can burn spots in the screen.

Thanks for the heads up! I only put it there to take the pic for the good lighting. Wasn’t aware of that though.