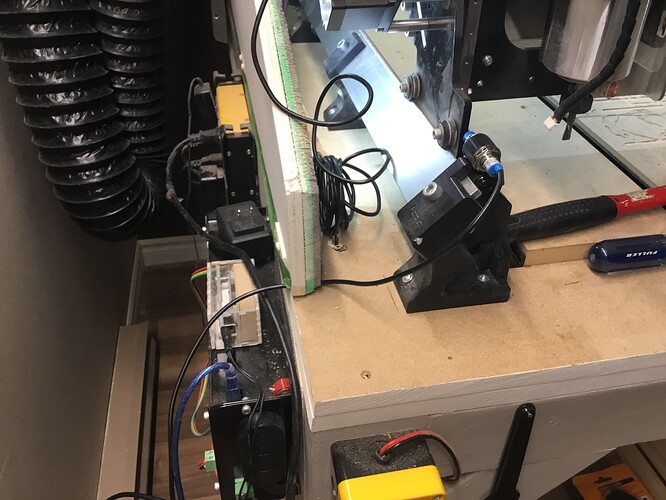 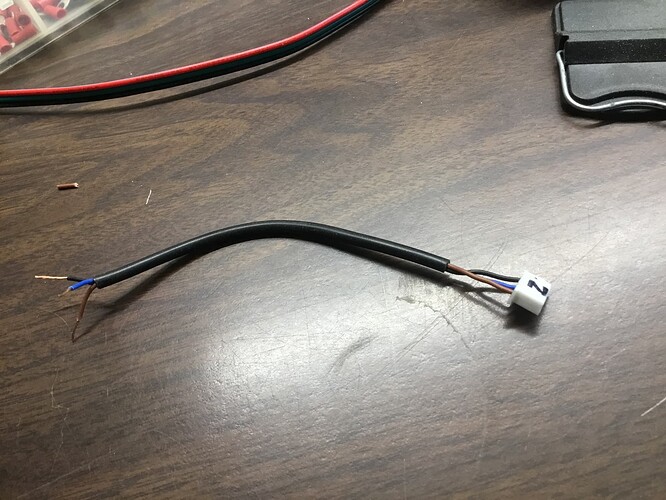 image1920×1440 229 KB
Hello everyone! I just bought the inductive limit switches kit from sienci lab and i just want to advise people that the z axis switch wire is very short and by so ! Had to splice it 2feet longer in order to reach the longboard which is just in the left corner of my table which is about 6 inches from the y rail so pretty close and even then the cable was not long enough to reach the board so be aware that you will have to relocate the board closer to where the cable tray of the y axis is ending or like me you will need to splice the wire! Hey guys at Sienci lab! You should add 3 feet longer for the Z axis switch for the future release also insert for M3 screws are not solid enough because i squeeze the screws really really gentle and the 2 inserts was coming off the 3d printed part that hold the z switch. Without these inserts there is no way to get the switch stable enough .
1 Like
Dudley4166 October 14, 2021, 7:10pm #2

Really .I just did mine and it was fine

Installed the Inductive Switch kit on a 12x30 Longmill with the Longboard on the Left. The Z Probe Cable had a few inches extra (after being fed through both drag chains). The X & Y Probe cables were quite long for me since the 12x30 is smaller.

My feeling was the wire was short as well I had to remount my control board which is under my table so the cable would reach as it. I guess I should have extended it.

I concur with georcote. The Z limit switch should indeed be 2 feet longer than the X limit switch. Come on guys, what were you thinking.

I found that the wires were VERY short as well on my 30x30. Ran them through both chains and had less then 3" left. I am looking to move my controller board under my table so looks like I have some splicing to do…