I am playing around with 3D landscapes created with the LongMill. My goal is to create 3D maps that have Topo markings on them. Not laser CUT topos. I am talking more about milling 3D reliefs of landscape first then coming back with the laser and creating mark ups with etching. 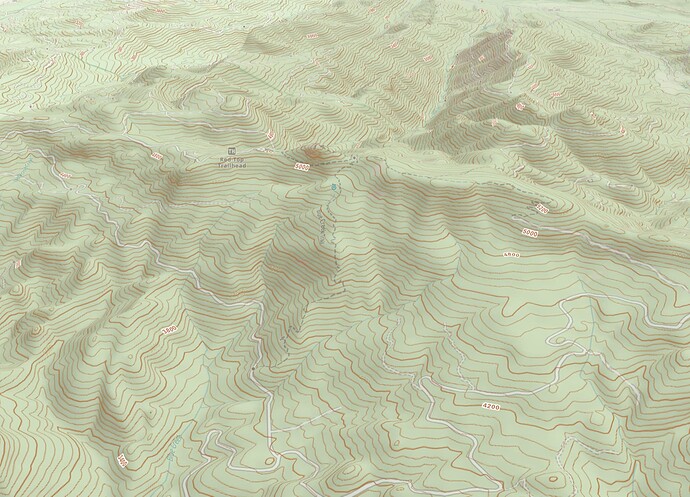 Is there a way to do this? Since the laser focal point will change in the Z axis while etching the topo lines, I can see this as a problem.

Any ideas as how to solve this? I haven’t seen much literature on this at all. I see that LightBurn has a Z axis enable. In truth, I don’t even have my laser module from Sienci yet.

Just trying to get a jump start on my education before I get it.

Thanks in advance for any insight as to how to do this!
-Lutra

@Lutraphobia What is the height difference of the model from lowest to highest?

Hi @gwilki! Thank you for taking the time to reply to this.

I have the same question over in the LB forums under “tips and tricks”. A few people have looked at it, but no one has responded.

Artistically, I can see this being a fun medium for us to add depth, texture, and information to milled projects. Even if it is a separate tool path.

I see that Vetric has a laser module, thus adding more workflow options. I am not sure if it can be used in the way I am suggesting though. However, their prices are steep. I use as many free tools as I can. Budget and all that…

@Lutraphobia I agree that the process sounds like fun and will yield interesting results. Vectric has a video where they first carved a lion, then used the laser to highlight some areas of the fur, for example. I’ve done some v carve projects, then burned inside the v carve to accent them.

I have no experience with what you want to do, though. I asked about the height because some lenses have a range of focal length that may allow you to get good results on some of the projects of lesser height. You would have to play to find out. (If you do, please post your results.) I don’t believe any lens will accommodate a 4" rise from base, though.

Like you, I have not used the Z axis feature of LB. It holds promise, though, I think. I plan to look into it further just for fun. I wonder how it knows to lower and raise???

I tested the Vectric laser module and found it not with the money. Instead, I downloaded the free jtech laser post processors. They have a grbl inch and a grbl mm post that I use for my laser tool paths for projects that I design in VCarve. Jtech has excellent information on their site on how to set up a fake tool in VCarve so that it thinks you are using an end mill. It works a treat. Did I mention that it’s free? Bonus.

If you are using LB, check out the Louisiana Hobby Guy youtube channel, facebook page and forum. Rick is a great guy and seems to have LB down pat.

Pls report back if you find using the Z function in LB works well.

I was suspecting your question was about the rise in Z and the focal length changes. So, we’re on the same wavelength (sorry, couldn’t resist).

Like you, I have not used the Z axis feature of LB. It holds promise, though, I think. I plan to look into it further just for fun. I wonder how it knows to lower and raise???

Good question. I just saw a couple of videos. Not too informative, just the CnC with the laser on it moving up and down. I’ll report back on anything that I find interesting.

SWEET! But that means I still have to check out Vetric. Maybe I can just trial it to see if it’s worth the money and save up the big $'s.

Watched few of his videos. Great call out! Just getting into this as mentioned. Have to have the laser first.

@Lutraphobia What CAD/CAM software are you using? I wrongly assumed VCarve.

Fusion 360 (free license) or Carbide Create or using free online stuff to create the map topos to STL. Trying out LB now as a trial to see if I can layer stuff. Also use gSender.

I think this could be done with separate tool paths for each elevation. All the lines for say 4200 should be at the same z and therefore the same distance from the laser. Be aware that to steep of an angle on a mountainside might make the laser hit the model depending on how far the laser focal point is and the shape of the laser itself.

I think the really hard part would be to laser a hiking trail or river that went up/down a mountain and had all different z values everywhere.

All the lines for say 4200 should be at the same z and therefore the same distance from the laser.

I also received a similar response in the LB forums. Someone mentioned that each topo height line could be a layer set at a specific Z height. I guess that would inherently cause less complexity in my design due to the number of lines I would like. Some simple math would be done from highest Z to lowest Z / Z / number of lines giving each lines topo height. I am not using it for surveying, so accuracy is not even an issue. If it looks “right” and nicely accentuates the model, I am all for it.

@Lutraphobia WP: Do you have a .crv file in Vectric for an example of what you are trying to do?. That is, without the laser tool paths. I have a thought that I would like to play with using my laser to add in the accents. If you don’t, if you can point me to a source of the models, I can work from there. I’ve been a few sites, but never been successful in bringing one into VCarve to play.

I am not using Vetric. Too pricey.

I see they have a trial, I can play around with that and send you what I have.

Combine as you see fit. It can get a little busy with the rivers, roads, and the topo info when overlaying in inkscape. Also, you must tweak the files a bit to get them aligned. I tried to do all the above on 12 zoom in each Google Maps image - 3D Model / Axis Maps for Topo lines / Snazzy Maps for Roads and Rivers. It’s not perfect. YMMV

Anyone can DL and play with them. However, if you do, all I ask is that you just report back here and let us know what you find!

Thanks and Cheers!
-Lutra

If you have a topographical 3D model, what is added by burning contours of the same thing? Looks really confusing, too.

I can see it being interesting adding roads and towns, but there isn’t going to be much room for the labels. At least some of them will be burned onto the side of a hill where it would be tough to read them.

It would be interesting to add shading for time-of-day effects with the laser. I don’t have a clue where you’d get that information.

PS. In my experiments on wood, the JTech laser with the precision lens will purty much stay in focus for a little less than a 1/2" of Z movement.

@Lutraphobia Thanks for all the info Lutra. I’ll play with it all during the week and let you know if my ideas produce anything good. Just FYI, the trial version of VCarve will let you save files, but not actually run them. The only files that you can run are their trial-compatible files. You can save files for later use in the paid version, but that’s it.

Sup @CrookedWoodTex! Thanks for replying and your questions.

Right now, it’s just an experiment of the mind. I plan to make these maps from large rounds. They will be big and have some depth to them. Still waiting on my Sienci laser.

I love topos and have done orienteering in the past - personally and in the .mil. I use them a lot for hiking and overlanding.

I fell in love with being able to make 3D models of geography, albeit I am just a beginner. I have made some through additive manufacturing (3D printing) and now through CAM.

I am no artist, but I understand depth and texture are important. As is scale. If I can project that onto my models, I think they will mean more for those I give them to.

My thinking is that having a 3D representation of a topo map would be badass. At least to some people I’ve talked with.

But I also love mechanical and technical challenges. Even if it’s not “the topo lines”, this is fascinating to discuss.

I believe having the ability for us as a community to be able to burn a 3D model and keep laser focal length perfectly set with Z manipulation would be beneficial. That would save valuable time on any project. I really don’t want to have to set the focal length manually in the middle of the project. I also don’t want to set x number of layered tool paths in my project.

Isn’t that the core of CAM mentality anyway? Maybe I am just new to this and missing the point. Or maybe because I know I am lazy and just want to make it easier for things I don’t prefer - working hours in 3D CAD programs. The AI / math should do that for me.

I am rambling now. My apologies for such a long answer to your question. Perhaps this is niche. The majority of etching, cutting laser work may be 2D only. But if the functionality is there, I think 3D etching would be a notable feature to innovate the hobbyist’s platform forward.

Thank you for looking into it @gwilki!!

All the raw files are there on the share. I wasn’t aware of the limites vcarve file functionality since I just installed it last night. It’s in a VM anyway so I could just wipe it and not have it on my main computer. Still playing with it in Fusion 360.

I’ll watch this thread to see your findings. I’ll also play around with lightburn.

Can’t wait to get my laser. Think it’s on a 6 week back order. Bummer.

San Antonio is not Texas anymore. Its more like Mexico and South America in the same place.

I just saw your posts. Are you talking about something like this? If so, I can give some detail on how I did this 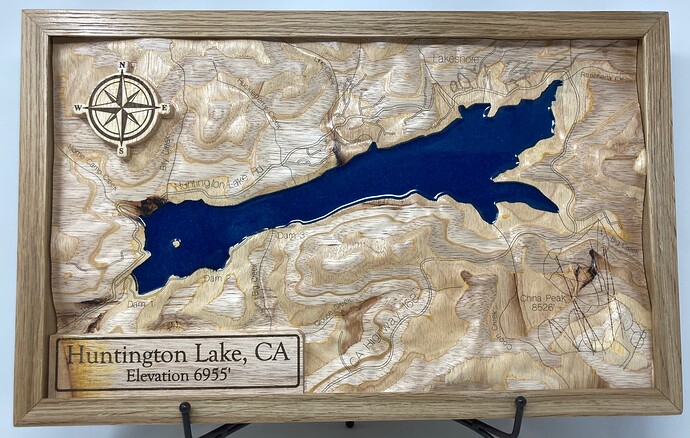 That looks amazing. Love it

I would love to know more about how that was done. It’s beautiful.