I have started assembling it, and I am trying to use the 80mm mount from my Mk1 (I had a spare when I sold my mk1)

the instructions for the Mk2 says to use a M5x25, and the M5x25 are bottoming out.

I had some M5x20 laying around and they bottom out as well. the M10 included in the bags dont make it out of the Z axis plate. so I am guessing I need to find some M5x15

I am find to go buy them, but I just wanted to point out the issue. using a older router/spindle mount.

I don’t know what a Mark 2 hit a millimeter mount looks like, but I worry that the screws are too long even for that one 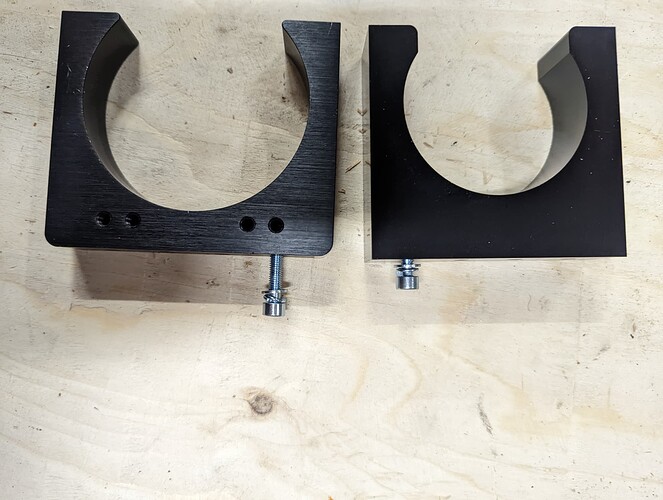 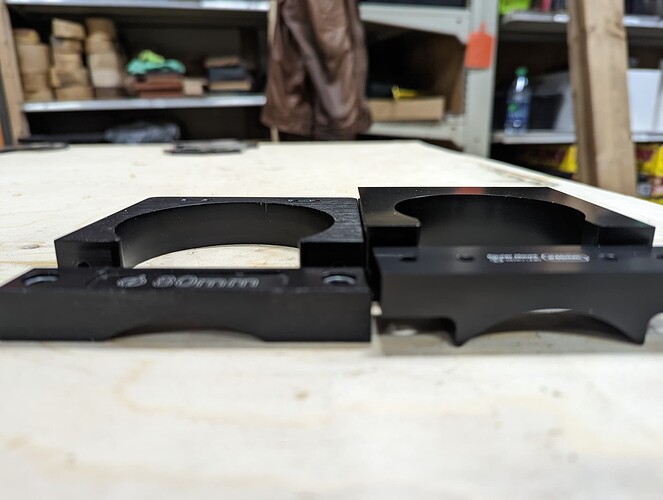 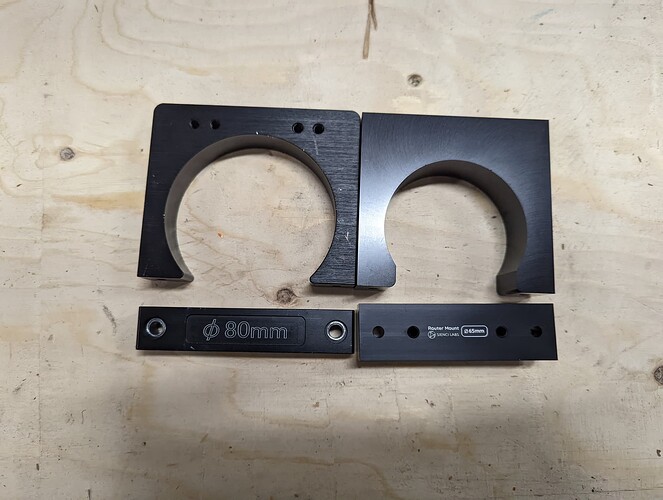 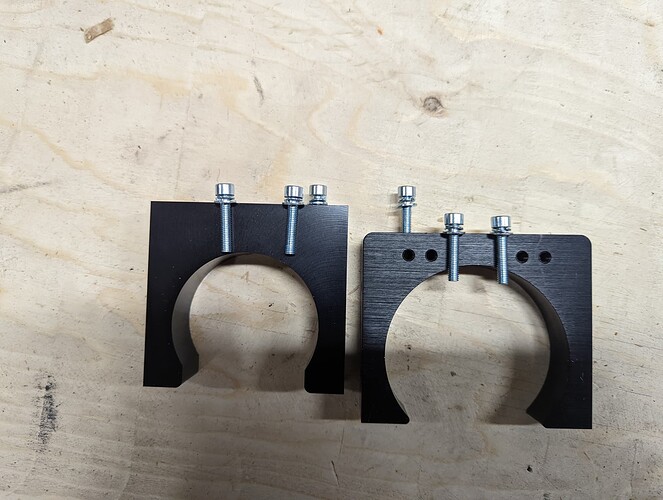 Hey Stephen, great post to put up in case anyone has a similar question

The main factor at play here is actually the change we made to the router mount of the LongMill MK1 in early 2021. That mount is the same one we now use with the MK2 and the 2 main changes were:

The reason for the second change was that the mount was using M5-12mm bolts and that size hardware wasn’t being used anywhere else on the machine. With the revised mount accepting M5-25mm bolts we didn’t need to worry about the shorter bolts adding to assembly complexity and made the machine just that much simpler to BOM and order on our end.

What I’d recommend is that for anyone using the old mount - you should also be able to reuse the old bolts that it came with. In your case though you’ve wound up in a special place where you had an old one on hand but without the bolts. For our thicker 80mm mounts shipped with MK1s and MK2s though the 25mm bolts should work as outlined in the manual

As far as specifying size, that’s a factor of us doing some ongoing construction to our inventory management system. We still do have the different mount sizes available so if anyone is looking to get one they can confirm with us via our contact page until we get it working with the shop again

I think at some point I’m going to upgrade it to the new style of Mount because you’re right, the extra thickness trans fers to my Z axis with more rigidity

Can you confirm or deny the fact that you can’t specify the router block that you want on the shopping page for the Mark? 2

Right now you can’t specify the mount size on the shop page but if anyone is wanting to order one they can contact us just to check that it’s still in stock and then we can arrange to ship it out.

Okay, I wasn’t sure if it was just me losing my marbles

I will also like to mention, in my kit I received the extension cord to allow for the 110 for the 48x30

If possible maybe being able to “not purchase” the cable could be an option.

Is that for the reason that you’d like to save a bit of money, or just that you don’t find the extension cable useful? I suppose in your case since you’re using the spindle the extension won’t be needed

Honestly, I don’t care about the two $3 that I’m going to save

Though every $3 you guys saved by not having to ship that extension cord, you know after a thousand units it’s significant amount of money