Some project wins from the house I'm building

Over the last couple years have been creating a good number of the details for a house we’ve been building. Wanted the share some of the completed projects for those thinking about getting in to CNC routing.

First are some (90…) railings for an overlook: 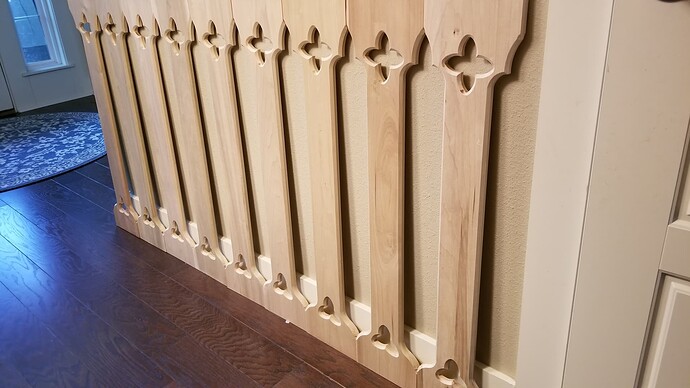 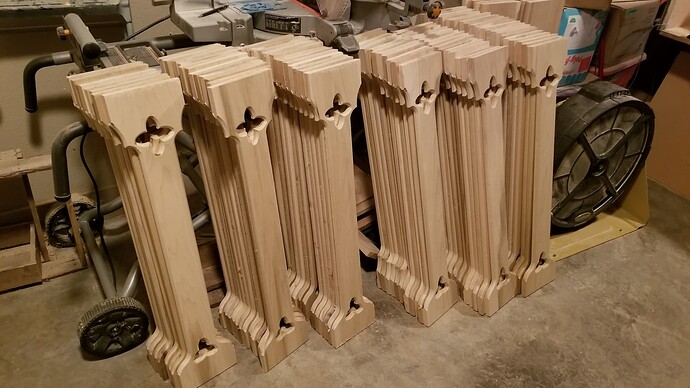 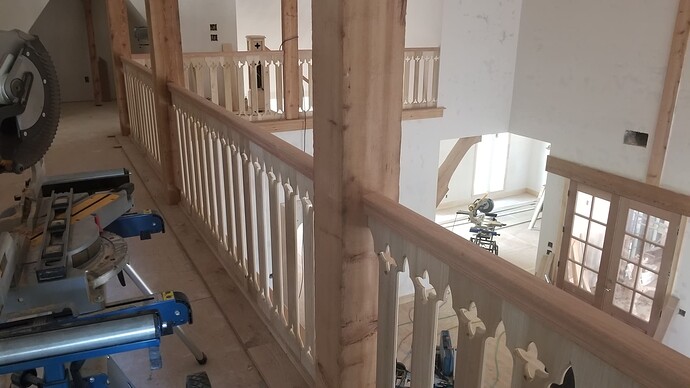 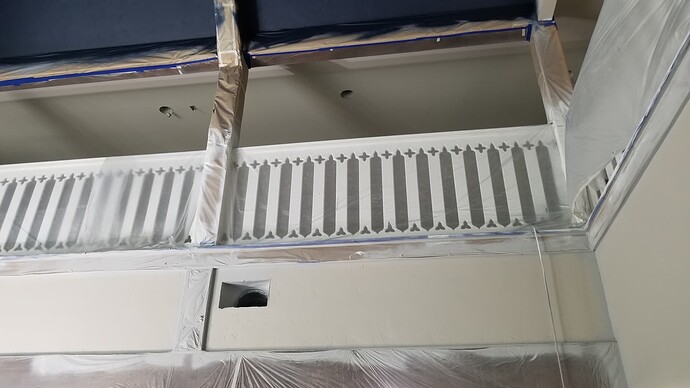 After those worked on some stair railings and newel posts: 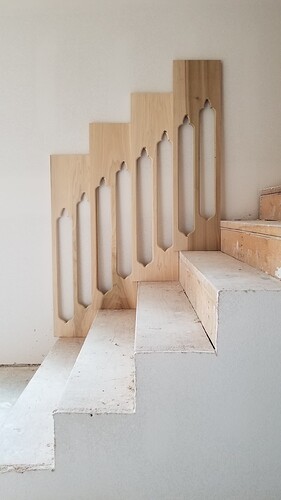 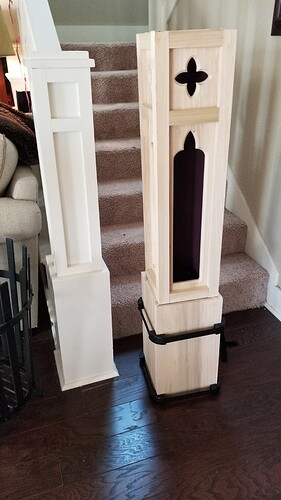 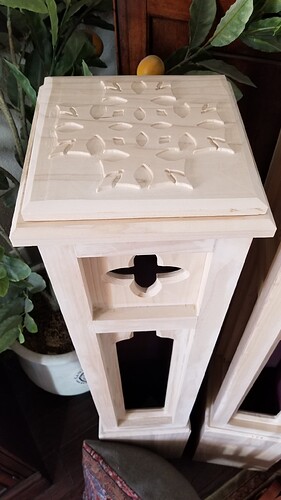 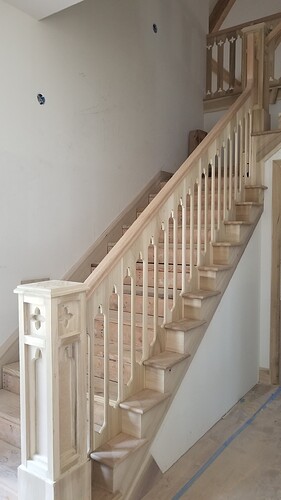 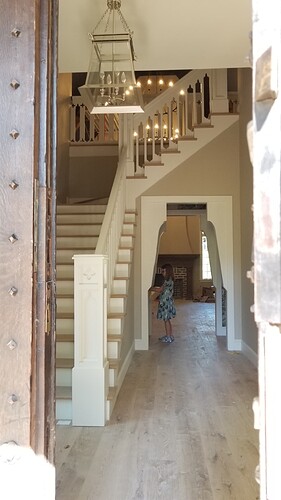 One other project from that space was some ceiling tiles. These are actually the reason my wife let me get a CNC router, as plaster tiles were going to run ~$30k for this space. Did the same pattern out of foam boards for under $150 (and only 700 hours of machine time 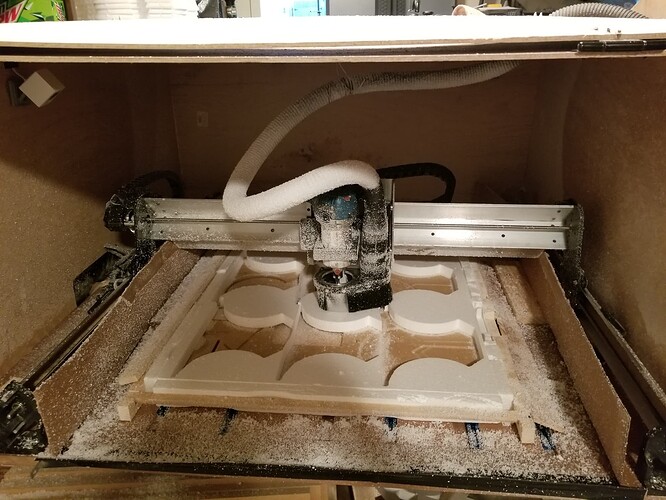 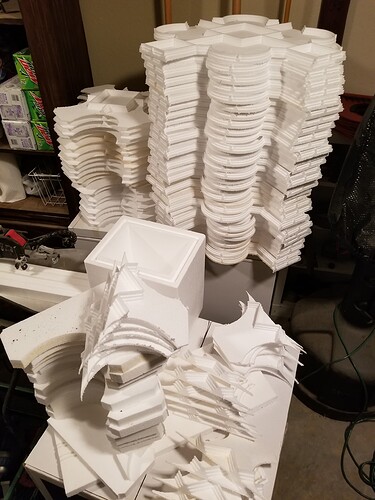 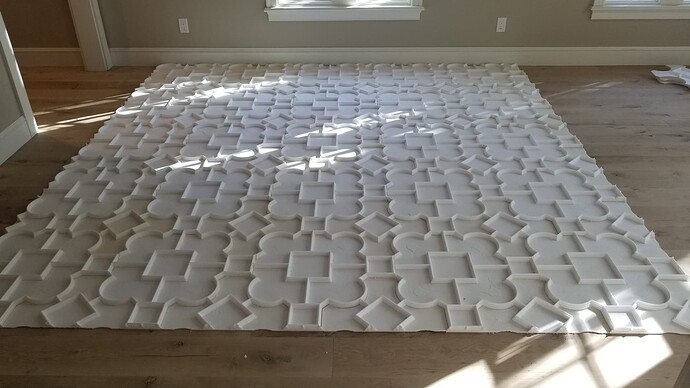 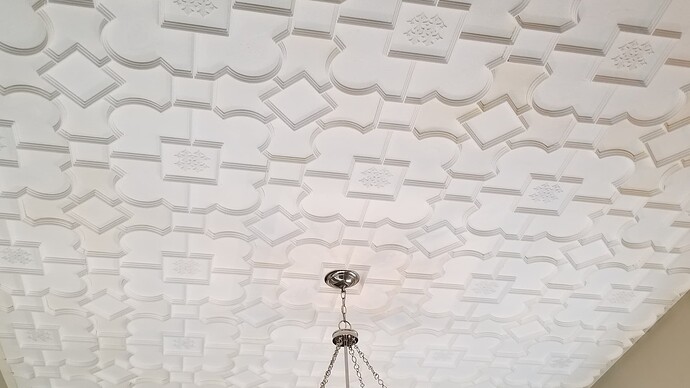 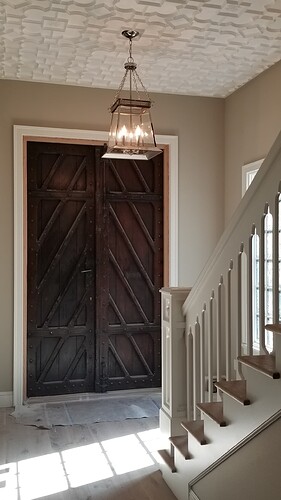 Lots of other fun projects we did for the house, but didn’t want to share them all in one go

Very impressive work with really neat and clean lines. Probably explains why your last post was 3 years ago. Seven hundred hours for the foam board tiles was a tidy amount of work to put through the Makita trim router. Good to know that the Makita can withstand the workload. Did you have to replace the brushes yet? The newel posts look fantastic too. Thanks for the insight into what you have been doing with a CNC machine.

Thank you for the comment, and the only issues I encountered with the foam board was the fine dust getting in the screws and causing the Y axis to bind up during the long runs (fun sounds heard by all, and the reason I now have a wifi camera watching the router with a remote stop feature). The super high tech fix was the cardboard panels between the router and the screws you can see in one of the pictures. After those went it, everything ran well.

The original router has about 1,000 hours on it and is still going strong without any replacement parts needed. Not a bad return on a $100ish tool👍 That being said am pretty religous about fully vacuuming it off after every run, or even mid-run on the larger tiles which go for 6.5 hours.

Thank you sir, and very rewarding to see what can be accomplished in my garage. Also have the builder asking for some work on his other houses, so the side hustle just grew a bit

Good on you for making your own newel post, railing “spindles” and ceiling tiles. Just goes to show the length we’ll go to, to justify purchasing a CNC (just joking… I mean, the fun factor is using them is more than enough justification to my way of thinking, LoL.

Congrats on both of those projects. Now… what’s next?!

I hear you on the fun factor. Was able to start 3D printing back in the early 2000s, and that sparked a strong interest in the maker space for me. That being said the wife wanted an ROI before I purchased my new “toy”

Have a few other projects going on, but the one nearing the finish line is a growth chart for my son and daughter. Could have just bought one for $50 off Amazon, but where’s the fun in that! Below are some progress pictures of the growth chart. Ended up being 10’ tall, and my wife is going back over it to finish off the areas where you mark the heights (daughter on the left side and son on the right) while also adding some decorative trim around the outside. She will be done with that soon, and then I’ll finish the drywall at the top and add an 18" picture light at the top to make the paint pop. 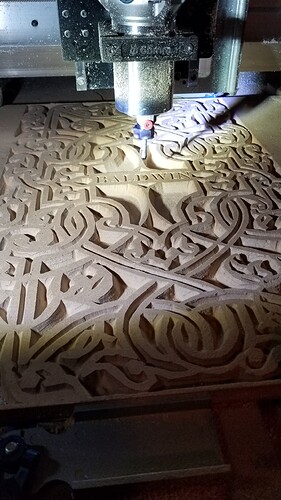 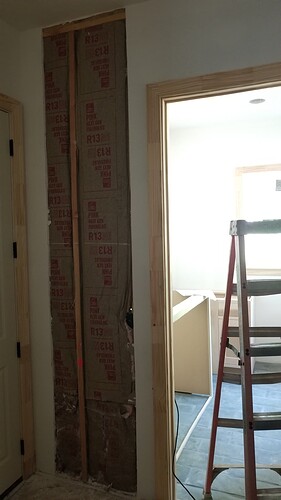 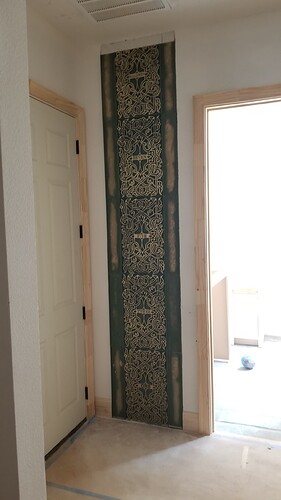 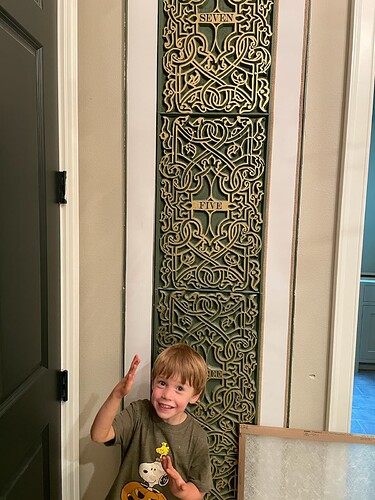 Also forgot to share this about the newel posts, they are hollow and have wifi lights in them

They trigger off a wall switch, but can have their color changed via a phone app. 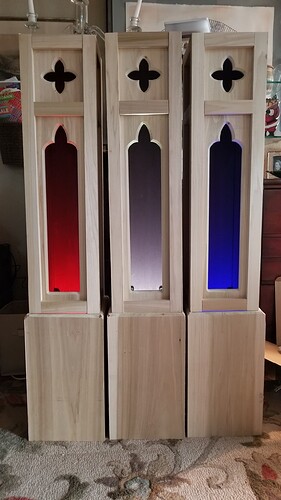 Just outstanding. A great showoff all around.

@Blake Nothing short of inspirational, Blake.