@chrismakesstuff @kgn - Ok guys and gals here’s another one for you. It’s a potential safety issue also so important. I have a 35 key mini wifi keypad I use to control the LongMill MK1. Works great. This is the situation - cnc is off/not running. I have an IOT relay controlling the router and dust collection. I put the M8 and M9 commands in the beginning/end command fields. Nothing is running, no project gcode is loaded. Only button on visualizer is “Load File”. Ok so the other day I was moving things around on my spoilboard looking for something and all of a sudden the router and vacuum started up. I’m thinking “What the heck”. I hit the stop button on the controller and they both shut off. I was busy so didn’t worry about it too much. Later on I was moving the keypad and it did the same thing. Stopped it again. Was busy again so ignored it again. Next day I remembered so I started checking things. Found out that apparently I had pressed the start button on the keypad. So I set up a test. Router clear of everything and no bit installed. I pressed the start job key and bingo the router and vacuum started up. No movement of the router since nothing was loaded. I stopped them with the keypad stop button. I tested every other key and found only the test run key also started them up. So even though no gcode is loaded the start and test run and stop keys will start and stop the router and vacuum. You can probably test for no gcode file loaded but when gcode is loaded you have no way to determine if it was accidental or intentional. I think I will disable those 2 keys in the shortcuts and use the mouse going forward for now.

Keep up the good work and cheers! 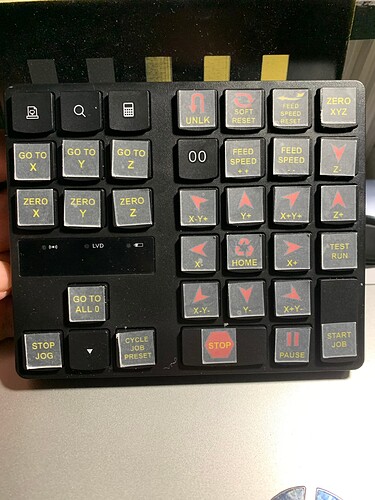 Can you make the “Start” command a button combination?

Another question: which keypad did you buy lol?

@Pkaser - Patrick, that’s a good Idea but not sure how I can implement it with the shortcuts. I can only put 1 key per shortcut since the keypad doesn’t have a CTRL/Shift/Alt key. Here is the Amazon page for the keypad. Just keep in mind there are only 31 usable keys for commands since the 3 keys in the upper left corner perform Windows functions and the 00 key is the same as the 0 key.

I’m going to try to use this one: 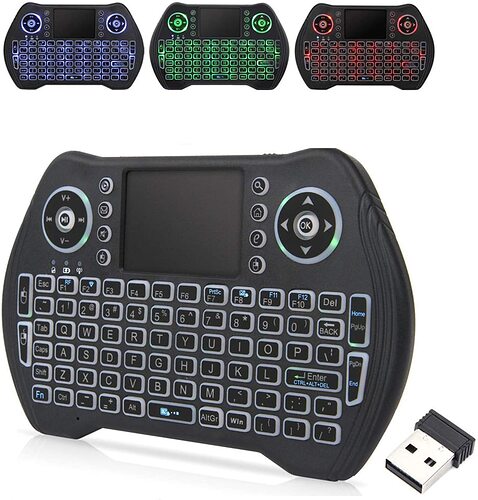 @Pkaser - I have one of those also. I really wanted to use it but the keys are so small It’s hard to put any stickers on them. I may give it a try since there are so many key options available.

I like it because of the trackpad so i can click things on the screen too. I also like it because it takes 2 hands to operate (shift + key) so there is less likelihood of accidents.