Hi,
After carving for 65 minutes my longmill 30x30 stopped carving - I pressed “Pause” and waited 30 seconds — pressed “Pause” again and the longmill started carving again.
This happened 3 times (every 10 minutes) during this carving.
The computer stayed contacted to the Longmill using gSender.

Any idea what is going on?
Thanks,
Bob McNanley
like my Longmill 30x30 - there is a high learning curve.

This is potentially caused by electromechanical interference (EMI). Have you had your machine for long?
Are you taking precautions against generating undue static electricity? e.g. Static can build up and can occur in the vacuum suction tube unless you ground it. Use shielded cables and keep power cables away from all other cables is a usually good starting point.

Unlikely, but I had a similar problem (MacOSX on old iMAC), solved by putting a USB hub between computer and LongMill

Does this happen with all your files, or just this one?

What application created the gcode file?

What post processor did you use in that application?

I’ve had very similar incidents before. It would stop randomly in the middle of a carve. Run the same Gcode again later and it ran fine with no pauses. After looking around the internet I came across a few people with the same incident and they believed it was caused by turning other power-hungry tools, lights or whatever on/off while the longmill was running. I believe a video by someone here or someone on youtube I subscribe to demonstrated it. I’ll see if I can find it.

At the time, I would turn my dust collection or use an orbital sander plugged into an outlet on the same breaker as the longmill while it was running. I changed my habits and workflow and it has not happened since.

I never did get around to grounding my dust collection or longmill. I probably should still do that.

Edit: Here is the video I was referring to. 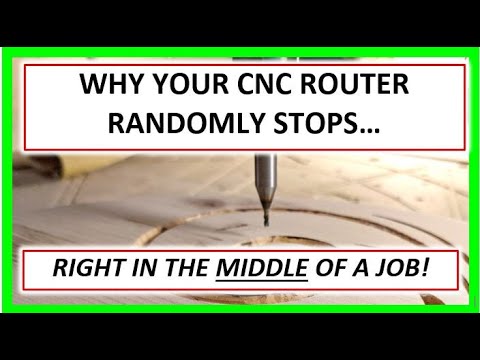