Here was the carve 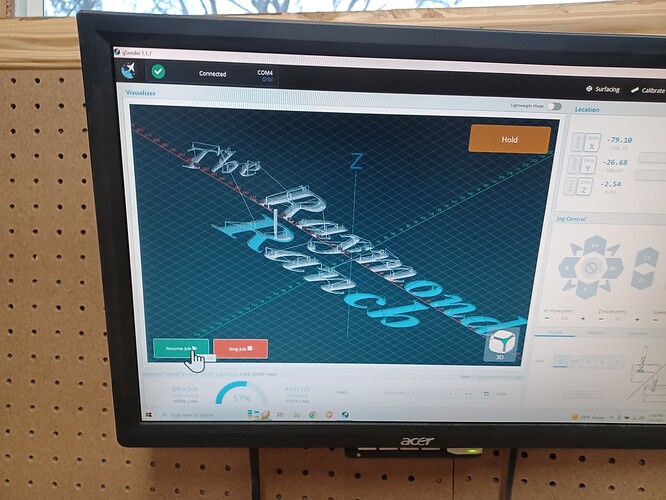 This is whats happening 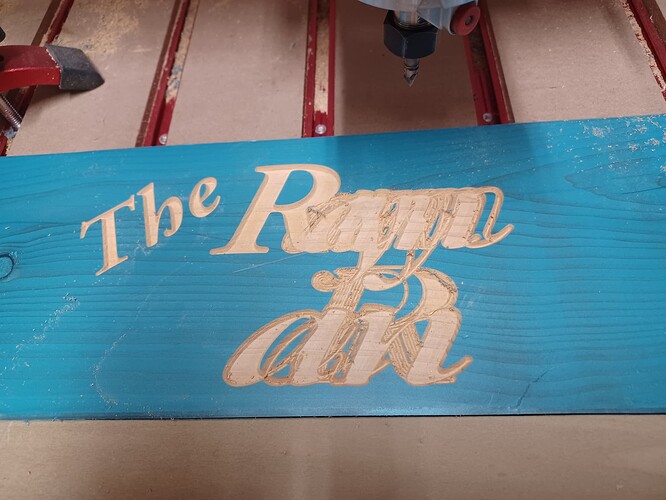 The failure cost is going up plus i am unable to produce!

@Bill I have deleted your duplicate post, Bill. This subject line is more descriptive of your issue.

I was trying to post over on the machine support also

@Bill I completely sympathize with your frustration, Bill, but there is no need to duplicate post. If someone can help, I’m sure that they will see your post here. If you would prefer that it be in the other board, I will move this.

All i was trying to do is post in both catagories, general and machine support, that’s all.

I just need help, so tired of this

Can you jog the machine all the way left and right?

The reality is i spend more time checking and adjusting then carving, not what it should be.

Yes absolutely for sure

I had this happen once. In my case, I made changes on the CAD side, and forgot to re-calculate it. If you do recalculate, don’t forget to re-save it also. Not sure if it is your case or not.

Yes i made a new file due to previous issues using a clean out material removal cut with an endmill, selected with vcarve, that failed first. The only thing i’ve changed was updating vcarve, i can try using the previous vcarve to test. I initially had issues with the grbl processor but it’s all going to heck now.

I actually uninstallled the 11.5 update and reinstalled with the correct grbl post, no yoy with this.

Yes, just got done relocating the machine on the table. Had to replace the front right foot do to a crack i discovered, checked every bolt and set screw, all is tight.

Did you experience this problem prior to relocating your machine? You could have a bad wire connection. I would at least run the machine in air and see if it returns to zero before wasting any more material

@RasterTheGrain , all i did was realign the machine on the existing table it was mounted to. Spent more time with accuracy, i had a crack in the right front foot, ordered a new one and i think the machine is the best alignment ever.

Maybe it’s the vcarve, will try anoter file from the previous version and see if that works.

@Bill FWIW, since the visualizer in gSender shows the carving to be correct, I believe that it is safe to conclude the the issue is not VCarve. The gcode is correct as shown in the visualizer.

This appears to be a software issue. While I don’t know gSender yet, just looking at the location and orientation of certain letters, it doesn’t jive with a machine issue.

The letters are well oriented to the lines of the script, though, the “d” from Raymond is on the lower line and perhaps the “n” from that word as well, strangely in the wrong order but with good spacing.

Now, I’ve used Vcarve for years but admittedly only up to 9.5. I’ve considered upgrading to 11 but haven’t thus far. That said, I’ve never seen an issue like this from Vcarve. That doesn’t mean it’s not a Vcarve bug introduced in a newer version.

I honestly think the best approach to this is having someone that reads gcode really well scrutinize the code to make sure Vcarve is creating a good code. If the code is good, it really has to be a gSender issue.

Presuming what gwilki is saying is accurate (seems like a real safe bet); if gSender shows it’s correct then the code is good, then perhaps skip having the code looked at.

If the code is good, it really has to be a gSender issue.

gSender just sends the code. This looks like a mechanical or electrical issue with the X axis.
@Bill Check all of your connections for the X stepper. Can you try the carve again and get a video? I can’t tell in your picture but it’s there any chance you’re hitting the size limits on your machine.